Frozen Water Pipes: How to Spot Them, How to Prevent Them 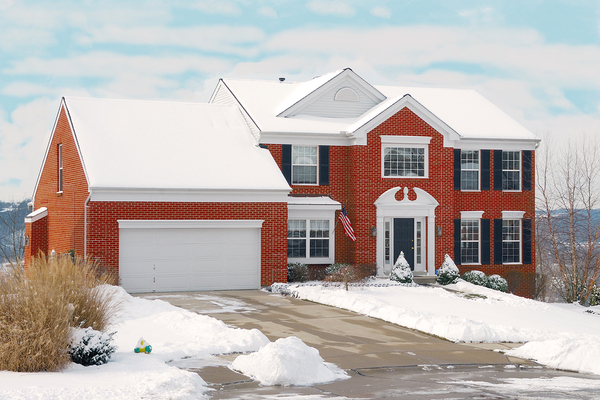 In a home with poorly-insulated or exposed water pipes, the continuous cycle of dripping faucets, applied heat, and other remedies is as much a part of winter as woolen mittens. Unfortunately, all it takes is one forgetful night for icy temperatures to freeze pipes solid and maybe even break them.

Frozen water lines are sneaky. They might look perfectly fine in the daytime, especially when the weather isn’t too cold. But one morning in January, the new homeowner might wake to find there’s no water and a broken pipe for their trouble.

Here are some of the telltale signs that a house has vulnerable water supply lines and how to prevent it from happening again.

Exposed Pipes Near the Exterior of the Crawl Space or Basement

Exposed water supply lines under a house are dangerous enough on their own. Even if the homeowner closes up the foundation vents, cold air can still whip through and create a veritable freeze. If pipes are near the perimeter of the crawl space or basement, they’re even more likely to freeze in winter.

Pipes in a vulnerable location need extra protection. Sometimes, ordinary foam pipe insulation is enough to protect them. But in areas where it gets very cold, they might benefit from electric heat tape. 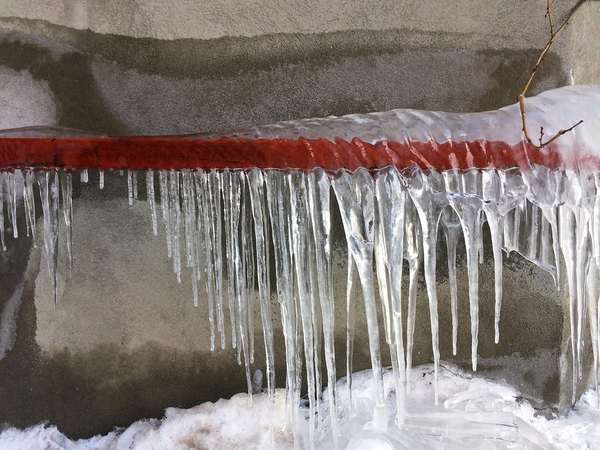 There is nothing more miserable than repairing a ruptured water supply line while standing in the snow.

Evidence of Repairs and Pipe Fittings in Odd Places

If the pipes have frozen before, they might have burst under the pressure. If you notice unusually short lengths of pipe and fittings in odd places, they might be signs of an emergency repair job.

While it’s safe enough to cut out a damaged section of pipe and replace it, every fitting is a spot where the pipe could fail in the future. More importantly, it indicates that the lines in that spot are prone to freezing.

Light Bulbs or Lamps Near the Pipes

A single, exposed light bulb in the crawl space is an old trick that works. But it’s not the safest or most economical way to prevent frozen pipes. The light bulb produces enough heat to raise the temperature above freezing. But it’s also unattended and could start a fire.

A heated crawl space is a great idea, but there are better ways to go about it than a light bulb. Unvented, heated crawl spaces are growing in popularity. Green Building Advisor says that done right, they can eliminate condensation, protect pipes from freezing, and keep floors warmer without losing heat. Heat rises, after all.

Winter can be a beautiful disaster for homeowners. The same weather that creates sparkling white snow can also wreak havoc on home systems. Unfortunately, it’s difficult for a buyer to know at a glance whether pipes are prone to freezing. What they learn from a qualified home inspector can save them from one of the most miserable jobs on Earth, working around water outdoors in freezing weather.

Are you ready to start a new career that helps home buyers go to the closing table with knowledge? ICA School is here to help. Enroll now and start learning at your own pace today.

The post Frozen Water Pipes: How to Spot Them, How to Prevent Them appeared first on Home Inspection Training & Certification Online.